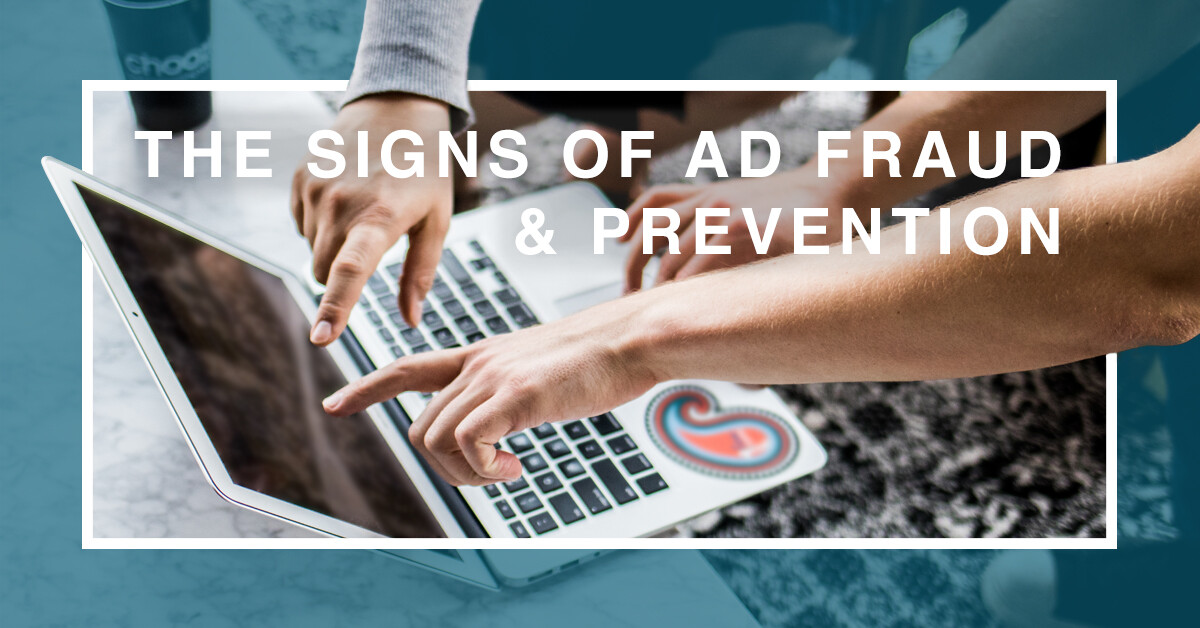 The signs of ad fraud & prevention

Ad Fraud has been a continual topic of conversation in the digital advertising industry in recent years. Cases like Methbot, the biggest ad fraud to date, have only made advertisers keep a closer on the campaigns being run and the data that’s being collected. But, what exactly should you be looking out for when you’re watching for ad fraud?

The two main signs of ad fraud are:

If at any time during a campaign, you see your click-through-rate reach over 2% there is a chance that something suspicious is going on. The average CTR can range from .02-.05 on a normal campaign. Once it hits that 2% and above mark is when advertisers should start looking at the overall data collected in the campaign.

Across every level of advertising—open market, platform, ad exchange, etc.—the way fraud is categorized becomes very individualized. For an ad exchange to look at something as fraudulent 5% or more of the traffic would have to be fraud before the ad exchange even looks at it. Keep in mind that 5% could be 5 billion.

At Choozle, if a client believes a CTR is suspicious, we will investigate. Also, we have a three-tier prevention system that we have placed across every campaign and every Choozle customer to avoid ad fraud.

Additionally, Choozle encourages all clients and new users to create their own block list based on their brand safety and/or past knowledge to implement on their campaign, as well as the other three tiers.

If an advertiser is aware of what they should be looking out for and knows how to try and prevent it, ad fraud doesn’t have to be the scary evil of digital advertising.