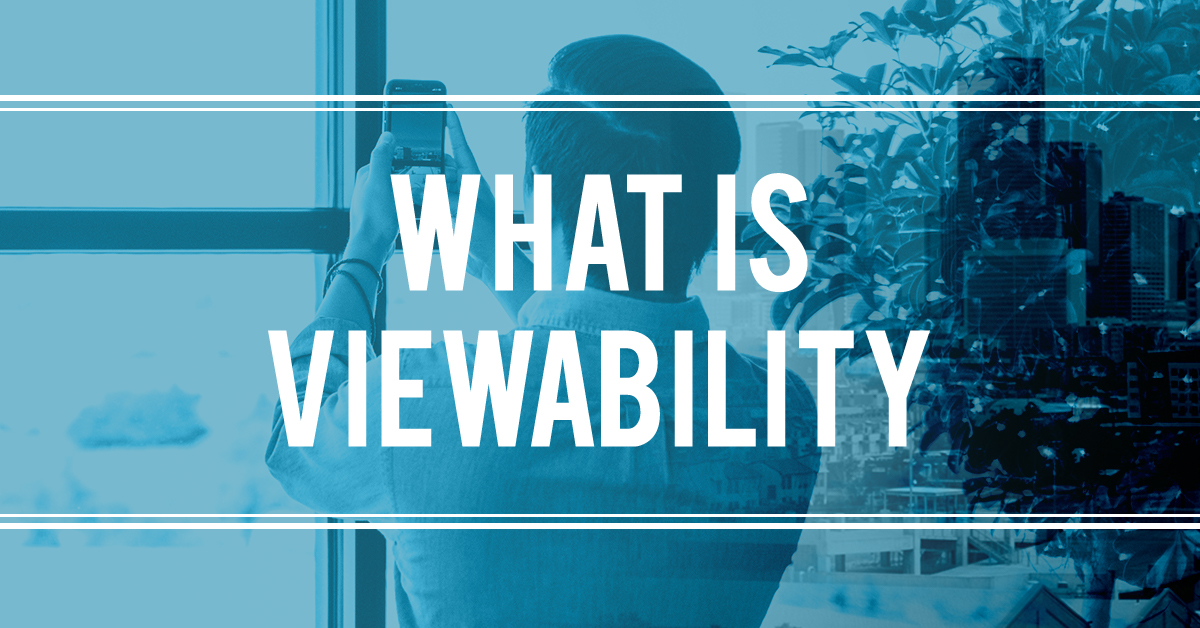 What is viewability? How is it measured? Is it the same as above-the-fold? Let’s clear it all up in plain, human English.

Simply put: Viewability is a metric that helps digital marketers understand how much of their ad inventory was seen during a campaign.

How is it measured?

Viewability is measured by embedding code into a creative that fires when the ad is served and then measures if, when, and how the creative is viewed.

It sounds like viewability is the same thing as above-the-fold, no?

That’s a common misconception. To understand the difference, let’s first cover the basics of above and below-the-fold.

Think of it like a newspaper folded in half, hamburger-style. Anything you see without having to unfold the paper (on the top half) would be considered above-the-fold, or ATF, and whatever you have to open the paper to see (on the bottom half) is below-the-fold, or BTF. On a website, below-the-fold is anything a user has to scroll down to see.

Oftentimes, viewability is mistaken as being the same thing as above-the-fold because you would assume that an ad that’s placed ATF equals viewability, right? Maybe not. Technically, if an ad is above-the-fold, it is more likely to be actually seen by a user, but ad position does not equate to viewability.

Is there a way to tell viewability in Choozle?

In a word: Yes! Choozle has several partners who offer viewability tracking and reporting for an additional CPM. Reach out to your Strategist to see how you can implement those into your campaigns.

Regardless of what type of account you have with us, Choozle proactively monitors the viewability of inventory run through our platform and applies to a platform-wide block list any sites with poor viewability. (P.S., You guessed it, viewability is a close cousin of brand safety.)

Next up: Brush up on the basics of real-time bidding and ads.txt.