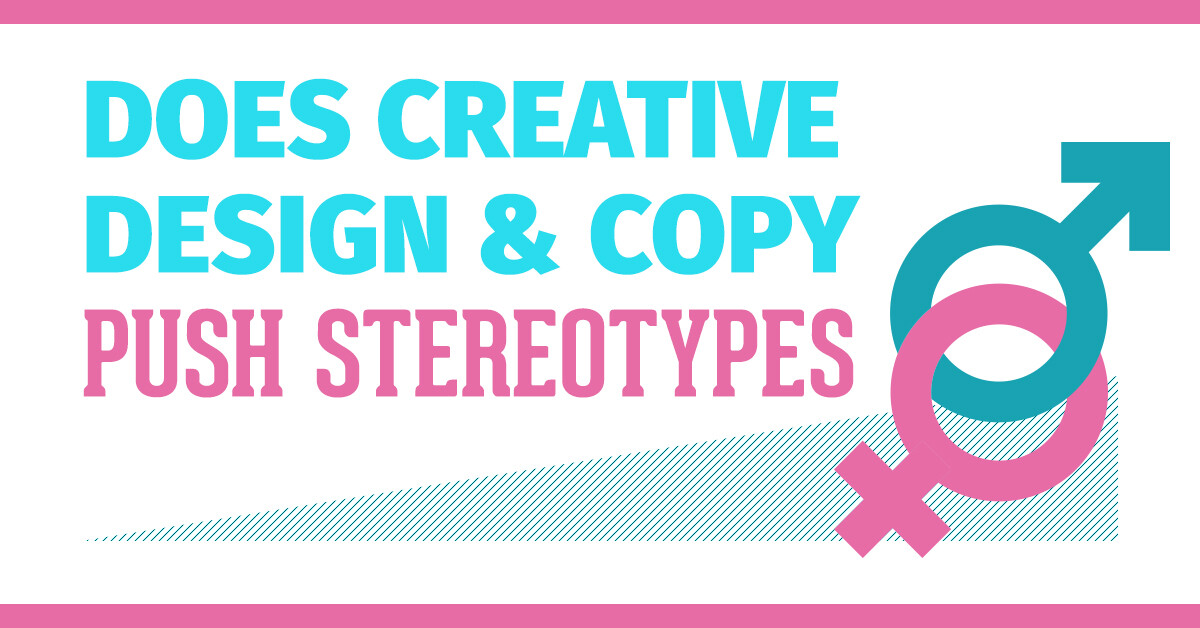 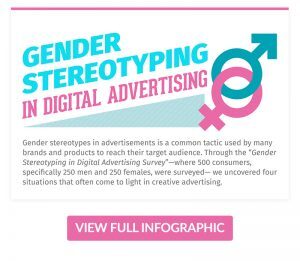 Does something as simple as the font and color treatment of an advertisement impact consumer’s perception of it? Yes, but not in the way one might expect. With only ad copy and no design, survey respondents agreed a tagline was targeting women.

However, when provided more information on the font and colors of the men’s ad tagline—respondents had mixed opinions on who the ad was targeting.

To summarize, the majority of respondents thought the tagline copy on its own was targeting women. After they were shown the font and colors of the tagline, there was a split in opinions about whether it was targeting men (22%), women (36%), or both (39%).

Overall, most respondents do agree that there is a connection between the creative aspects of advertising and the reinforcement of gender stereotypes.

The results below seem to suggest that respondents feel more strongly about images, words, and phrases perpetuating gender stereotypes in advertisements, compared to colors and fonts. While the majority agree in some degree that colors and fonts can also promote gender stereotypes, this statement saw the largest portion of respondents in disagreement.

These results show that the colors, images, and wording used in an advertisement can sway a consumer to consider the brand or product promoting to only one gender type. Choosing neutral wording, colors, and images with both male and female would help advertisers portray that the product being advertised can be used for either male or female.