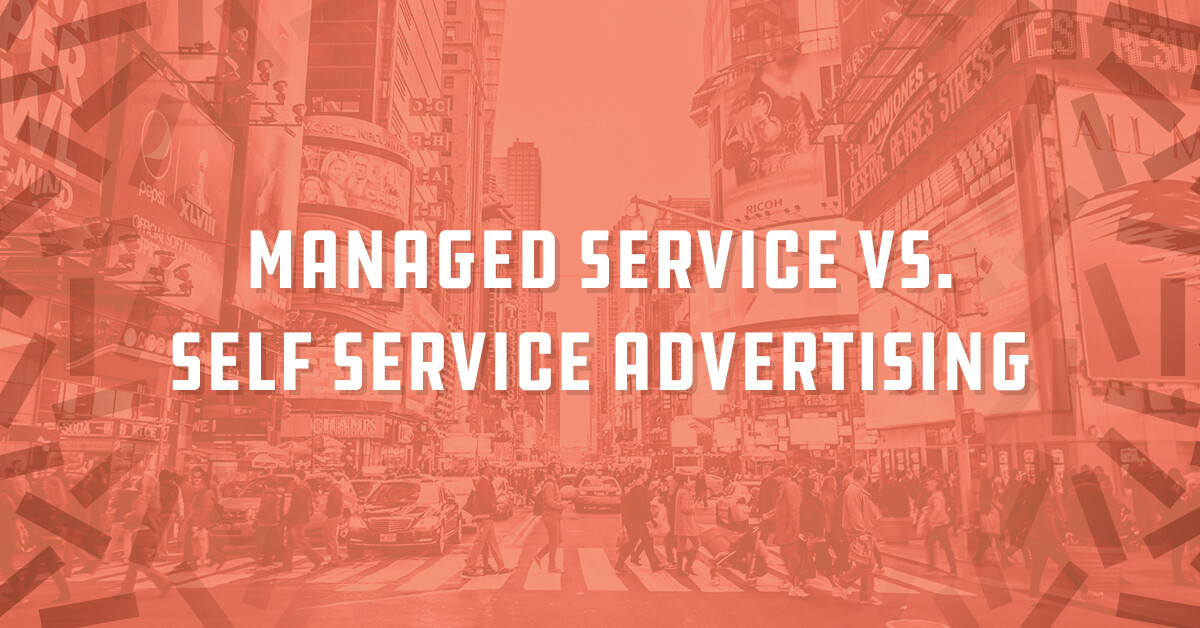 Programmatic advertising offers a vast array of options for marketers and advertisers to get their digital campaigns in front of exactly who they want when they want, and where they want. Two of the most widely-used options for running digital advertising campaigns through a programmatic platform are self serve and managed service.

Trying to decide between the two? Ready to take the leap into self serve advertising or is managed service more your speed?

Managed service vs. self service: Get started with programmatic advertising

Digital advertising continues on its path up and to the right

Twice per year, the Interactive Advertising Bureau (IAB) releases its Internet Advertising Revenue Report, produced by PwC US. In this report, IAB and PwC track the size of the digital advertising industry and the trends propelling its ongoing rise—and rising, it is. In the press release for the report, IAB’s Anna Bager, Executive VP of Industry Initiatives said, “There is no question that digital advertising is top-of-mind with brand marketers”.

With all that said, it seems brands and agencies have some decisions to make. What’s the better move for you, managed service or self serve advertising?

It’s true that “set it and forget it” can be nice at times—and for some, it’s just the better option. However, choosing and operating a self-service platform—such as Choozle, wink wink—boasts its own impressive benefits as well. Many brands and agencies are bringing their media buying in-house, which would make the conditions perfect for implementing a self serve advertising platform into their repertoire.

Running a self serve digital advertising campaign allows advertisers to have direct access to their campaigns. (Does it get more transparent?) Advertisers are able to keep real-time track of their campaigns from the jump, allowing for maximum control and the ability to make changes on the fly such as:

One major benefit of running a programmatic campaign through a self serve platform is the opportunity to execute everything in-house. The advertiser is within arm’s reach of everything and everyone they need in order to run a campaign, significantly cutting down on turnaround times. Also, not to mention, the cost of running digital advertising campaigns self-serve is almost always more cost-effective than fully managed.

Managed service, however, is quite the opposite (and it means pretty much exactly what it sounds like). In the case that digital advertising is fully managed by an outside source, be it an agency or otherwise, advertisers can adopt the “set it and forget it” type of mentality. The downsides to this, however, are pretty obvious: Decreased transparency, efficiencies, and control over your dollars.

If you struggle with the process around how to buy programmatic advertising, know that it doesn’t have to be all on your shoulders.

Running a campaign through a fully-managed platform puts the campaign responsibilities in the hands of that platform’s media strategists. The media strategists are the ones who upload everything needed, make optimizations throughout, and send reporting back to the advertiser. This can be viewed as a more appealing option to those advertisers who don’t believe they have enough time or resources to run a programmatic campaign in-house through a self serve advertising platform.

One of the biggest things to consider with a managed service is that there will be minimum fees. These minimums can range from a media spend of $15,000, although usually higher, per month.

As an advertiser, whether it’s done through a managed service or a self serve platform, programmatic is the future when it comes to executing display advertising campaigns. Deciding which way to run these ads, however, is entirely up to the advertiser and their company or agency. Whatever the needs may be, there are options for everyone. 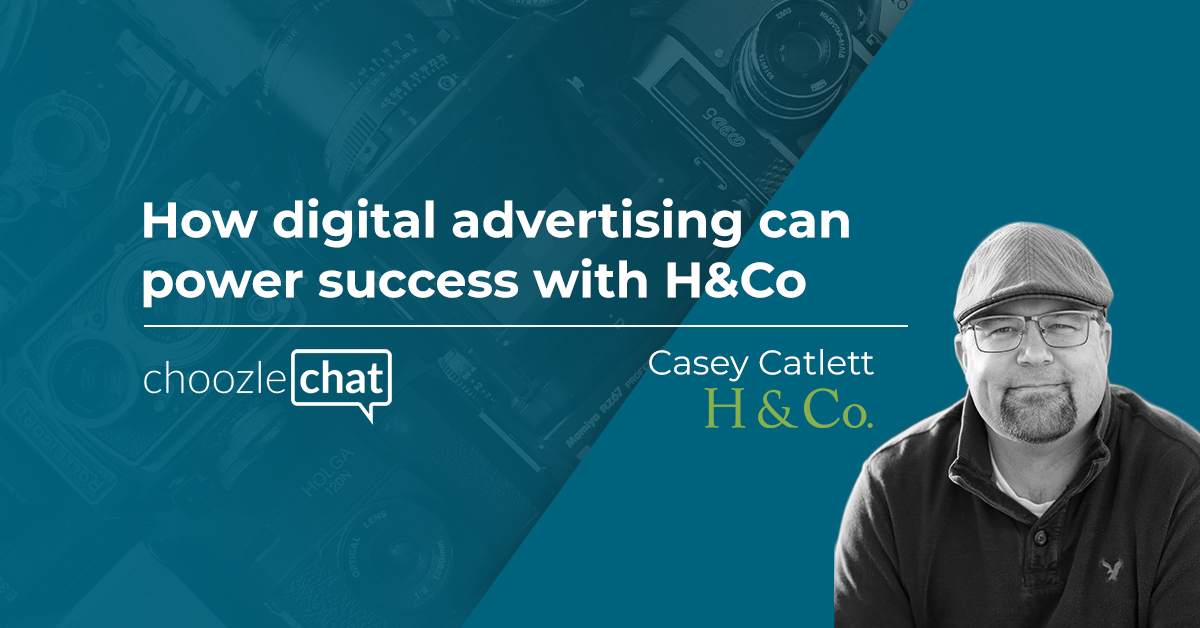 Digital advertising strategies can vary greatly depending on the vertical and target... Read More 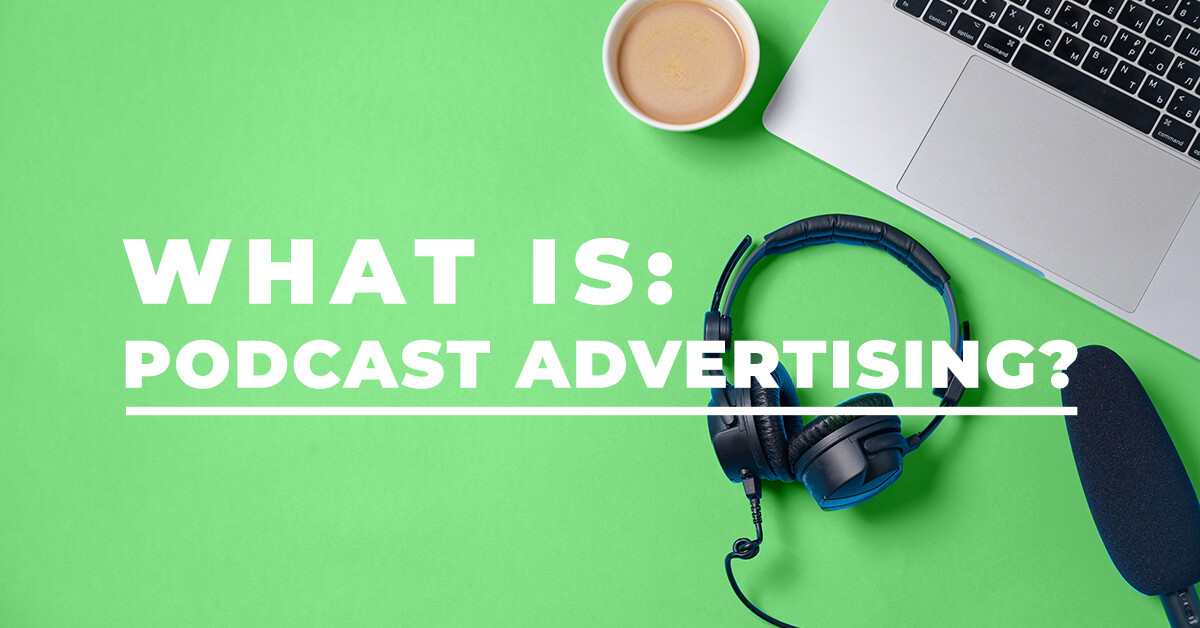 What is: podcast advertising?

We listen to them in our cars, at home, during our workouts, and... Read More 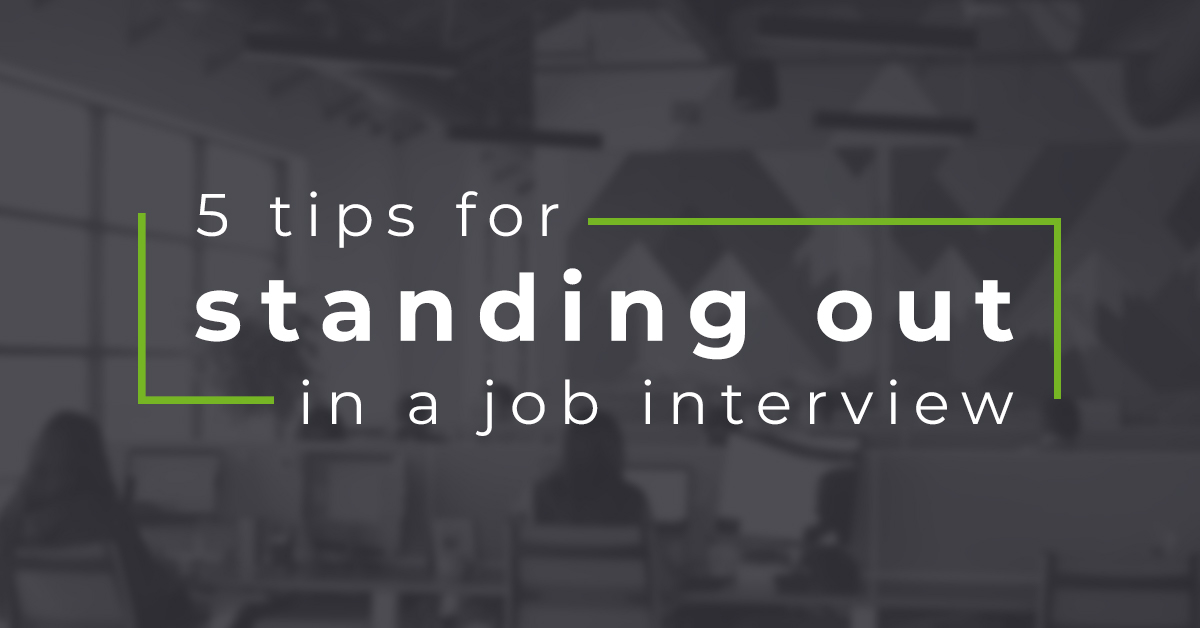 How to stand out in a job interview: 5 tips

With only two percent of applicants getting their resumes pulled from the stack,... Read More 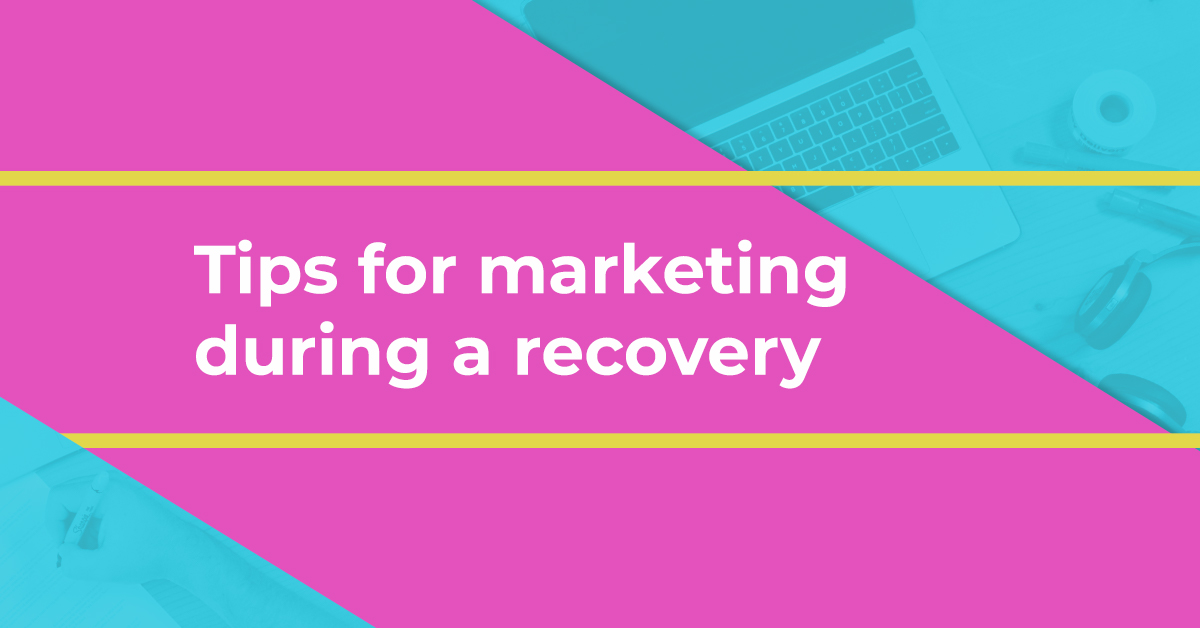 Tips for marketing during a recovery

The last year may have brought a lot of uncertainty, but it... Read More 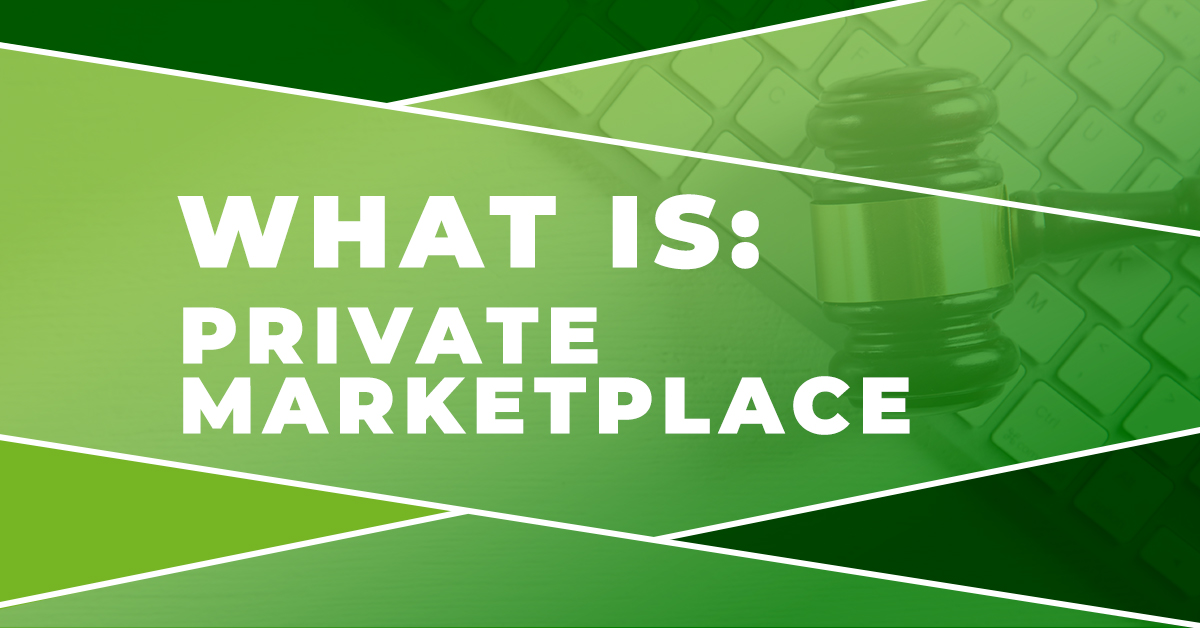 What is private marketplace advertising?

Today, the most common form of digital advertising is a hybrid of open... Read More 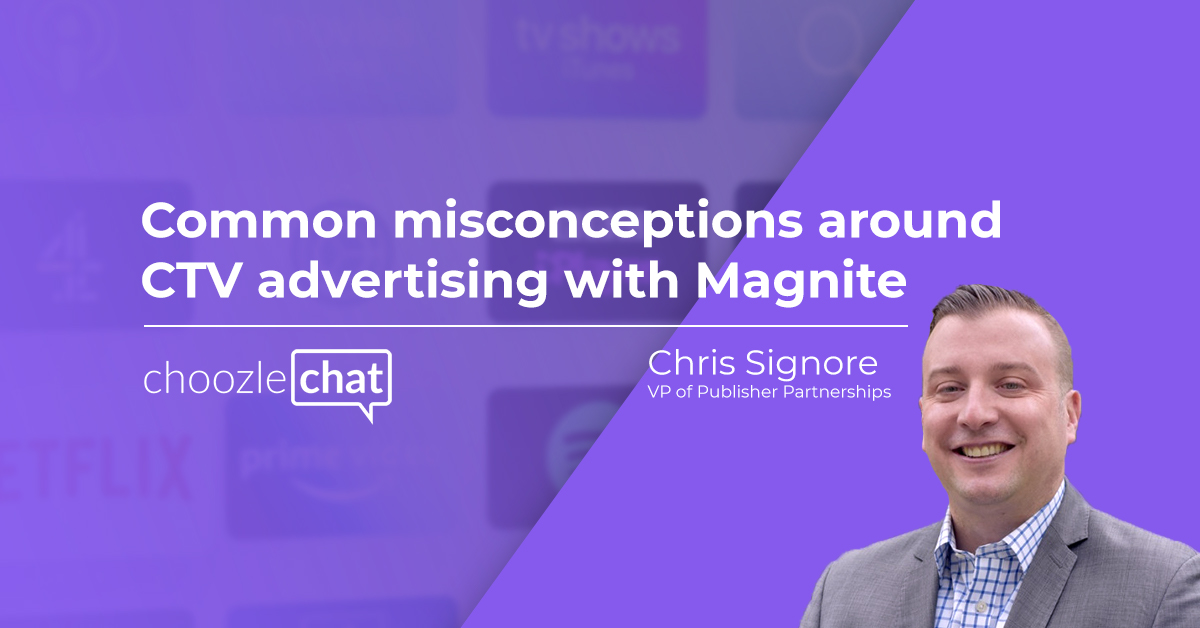 Over 48 million homes will shift from linear TV to only connected TV... Read More